What does the Nuncio’s Letter to US Bishop’s Mean?

Home / Medjugorje News / What does the Nuncio’s Letter to US Bishop’s Mean?

Obedience to the Church is the quintessential ingredient of authentic Catholic Marian devotion.

On October 21, 2013, Archbishop Carlo Viganò, Papal Nuncio to the United States, sent a letter to the Msgr. Ronny Jenkins, Secretary of the United States Conference of Catholic Bishops regarding a Medjugorje visionary and his upcoming conferences in the United States. This letter was sent at the request of Archbishop Gerhard Müller, Prefect of the Congregation for the Doctrine of Faith (the Vatican Congregation which oversees the evaluation of reports of Marian apparitions). The letter immediately addresses scheduled speaking engagements of Medjugorje visionary, Ivan Dragicevic, but then proceeds to enunciate the policy that “clerics and the faithful are not permitted to participate in meetings, conferences or public celebrations during which the credibility of such ‘apparitions’ would be taken for granted.”

In support of this restriction, the letter of the Nuncio quotes the major portion of a sentence from the Apri 10, 1991 statement of the Ex-Yugoslav (now Bosnian) Conference of Bishops at Zadar: “On the basis of the research that has been done, it is not possible to state that there were apparitions or supernatural revelations.” Although this restriction could potentially elicit elements of surprise and even confusion on the part of some, there is no true need for anxiety or loss of peace.

Let us examine this restriction in light of the Church’s own precedence in dealing with reported apparitions which are still undergoing investigation. Classically within the Church’s Tradition, there are three possible classifications concerning the ecclesiastical evaluation of an alleged Marian apparition: 1) constat de supernaturalitate, which indicates that the reported apparition “consists of a supernatural origin”; 2) non constat de supernaturalitate, which designates that the supernatural character of the reported apparition cannot be established at the time of examination, but leaves open the possibility for later ongoing evaluation (which could include later positive approval); and 3) constat de non supernaturalitate, which establishes that the alleged apparitions are not of a supernatural origin, and therefore devotees should in no way participate in or promulgate devotion to the alleged apparitions. While the letter of the Papal Nuncio does refer to the 1991 statement of the Bosnian bishops regarding Medjugorje, there are further elements contained in the 1991 declaration that are helpful for a more complete understanding of the official Bosnian Bishops declaration. In point of fact, the full sentence taken from the 1991 Bosnian Bishops statement reads: “On the basis of the investigations so far, it cannot be affirmed that one is dealing with supernatural apparitions and revelations.”

From the perspective of theology and Church precedence, the “so far” is critically important, as it clearly establishes the Bosnian Bishop statement regarding Medjugorje to fall within the second classification of “non constat de supernaturalitate” as opposed to “constat de non supernaturalitate.” In short, the Bosnian statement makes clear that Medjugorje is not a “prohibited” apparition, but a reported apparition which merits ongoing investigation.

Further, the 1991 Bosnian Bishops Statement goes on to state that even for pilgrims motivated by belief in the apparitions, pastoral care should be provided for these pilgrims, and hence the local bishop and other Bosnian bishops should in fact provide for such care: However, the numerous gatherings of the faithful from different parts of the world, who come to Medjugorje, prompted both by motives of belief and various other motives, require the attention and pastoral care in the first place of the diocesan bishop and with him of the other bishops also, so that in Medjugorje and in everything connected with it a healthy devotion to the Blessed Virgin Mary may be promoted in accordance with the teaching of the Church.

Here we see the Bosnian statement seeks to provide pilgrims who are motivated to visit Medjugorje based on belief in the apparitions the appropriate pastoral care, without in any way discouraging, let alone prohibiting, private pilgrimages fostered by personal belief in the authenticity of the reported apparitions. Another Church directive which grants permission for “non official” pilgrimages to Medjugorje appears in the May 26, 1998 instruction from the Congregation for the Doctrine of Faith itself. Archbishop Tarsisio Bertone, at that time Secretary to Cardinal Ratzinger in the CDF, states in a May 26, 1998 letter to French bishop, Most. Rev. Gilbert Aubry: As regards pilgrimages to Medjugorje, which are conducted privately, this Congregation points out that they are permitted on the condition that they are not regarded as an authentication of the events still taking place and which still call for an examination by the Church. Here again we see the approval of private pilgrimages, without any prohibition based on personal belief in the apparitions, but only with the qualification that the pilgrimage not be misconstrued as “authenticating” the apparitions while still under investigation. It is also important to note here that the recent letter of the U.S. Papal Nuncio does not prohibit the continuation of private pilgrimages to Medjugorje which were approved under the specified conditions both by the 1991 Bosnian declaration and in the 1998 CDF clarification.

Still, in this light, we can see why the new restrictions concerning conferences or public gatherings which presuppose Medjugorje’s credibility, as contained in the October 21 letter of the Papal Nuncio, could cause surprise and even confusion for those who have faithfully followed the Church’s disciplinary directives regarding Medjugorje up to this point. But surprise or confusion does not justify disobedience. To Medjugorje followers worldwide, I would say: obey and pray. As specified by the Nuncio at the directive of CDF, any Medjugorje “meetings, conferences or public celebrations during which the credibility of such ‘apparitions’ would be taken for granted” should be cancelled until further notice or change of policy by rightful Church authority. Medjugorje devotees must follow the stellar example of St. Pio during his some ten year prohibition by the Church from saying Mass publicly in light of the temporary Vatican and diocesan rejection of his reported mystical phenomena.

During his time of prohibition, Padre Pio never denied the authenticity of his stigmata, bilocation, or other authentically supernatural wonders (how could he?—they were true!). He simply obeyed. Recall as well the Church prohibition, both from the local diocese and from the Congregation for the Doctrine of Faith, of the apparitions of Jesus to St. Faustina, which now constitutes the universally-approved and celebrated Divine Mercy devotion. Such is the sometimes imperfect process of the Church in the difficult task of evaluating what Blessed John XXIII called “those supernatural lights.” This prohibition was finally lifted in 1979 by the intercession of Bl. John Paul II, but only after many years during which Divine Mercy devotees had to obediently cease public celebration or distribution of the heavenly message of God’s infinite mercy. They too obeyed. This new restriction (which is nothing like a formal prohibition) can, in fact, become a providential opportunity to show the world that the great majority of Medjugorje followers live and breathe at the heart of the Church, in full obedience to the Church, and are not “fringe fanatics” whose faith hinges only on an alleged apparition, as some critics may at times assert. The proof is obedience. To the larger public, I would say: be clear and beware not to take the new restriction for what it is not: a definitive Church statement against Medjugorje’s authenticity. The CDF has a right, for whatever reason, to implement further restrictions while the ongoing Vatican Commission completes its study, which will ultimately go before Pope Francis for final judgment. But the fact remains, the Church process is not over. Medjugorje has not been declared “constat de non” by the U.S. Nuncio letter, and any conclusion or promulgation at this time that Medjugorje has been officially condemned would be its own form of disobedience to proper Church authority. To do so would be to usurp the role of the CDF and ultimately of Pope Francis himself to make the final discernment of the authenticity of Medjugorje—a critical and historic discernment which belongs to the Church’s Magisterium alone. Gamaliel had it right: “…If this plan or this undertaking is of men, it will fail; but if it is of God, you will not be able to overthrow them. You might even be opposing God” (Acts 5:38-39).

Source: What does the Nuncio’s Letter to US Bishop’s Mean? 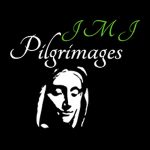 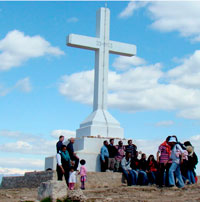