The Apostle St. James the Greater, of whom the church of St. James in Medjugorje was dedicated, is the Patron Saint of Pilgrims. This is just one of many acts of God’s providence that helps to reveal the larger picture behind the events of Medjugorje.

“St James Church in Medjugorje ‘is’ the birthplace of reviving the Rosary in our present time for the whole world to do spiritual battle against evil. That’s only one of the reasons it is a grace to visit. Remarkably, St. James is prophetic because in the year 1213, the same year of the Battle of Muret, a chapel was built to Our Lady as a memorial for the victory won over all odds because of the new prayer, the Rosary. Within this church is painted a picture of St. Dominic holding a Crucifix in one hand and a Rosary in the other. It is said that St. Dominic stood in one of the towers of the wall during the battle. What was the name of the chapel built to commemorate the battle of Muret’s victory? The Church of St. James at Muret.” (From Mirjana, Medjugorje, A Mystery Revealed by A Friend of Medjugorje)

– A Friend of Medjugorje 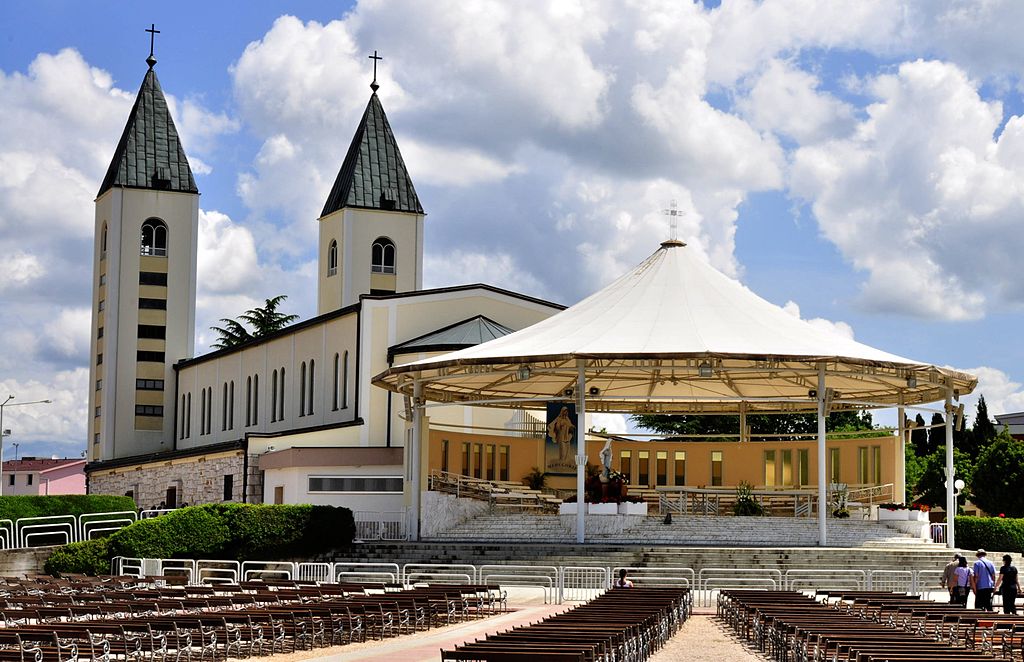 When plans were made to build this church, several decades before the apparitions began, it was much smaller than what people see in the church of St. James. The foundation was laid the church was built, but then shortly afterwards the ground beneath it began to sink. They finally had to abandon ithe completed church a number of years later and choose a different site for the new church. Years passed, and though the five hamlets that make up the parish of Medjugorje, had not grown significantly, a much larger church was drawn up in the plans. No explanation was given as to why the church was built so big. But once the apparitions began, the church was filled to overflowing on a daily basis with pilgrims from around the world. It was then realized, by all, that God had inspired them to overbuild the church.

There were many different locations of the apparitions during the years when they took place at St. James Church. The first apparitions in the church were actually in the sanctuary, right above the altar.
On the other side of this window, which is located on the left side of St. James Church, is this room, and one of the frequently visited sites of Our Lady in the early years of the apparitions. Those outside and in St. James Church would wait to see the window open from behind the grate. When it did, they would know the apparition had begun. It was not unusual to see people standing tip-toe on the little cement ledge that jutted out from the wall of the side of the church while grasping the iron bars of the window—hoping to get a glimpse inside the room at the upturned faces of the visionaries as they peered into the face of the Queen of Heaven. 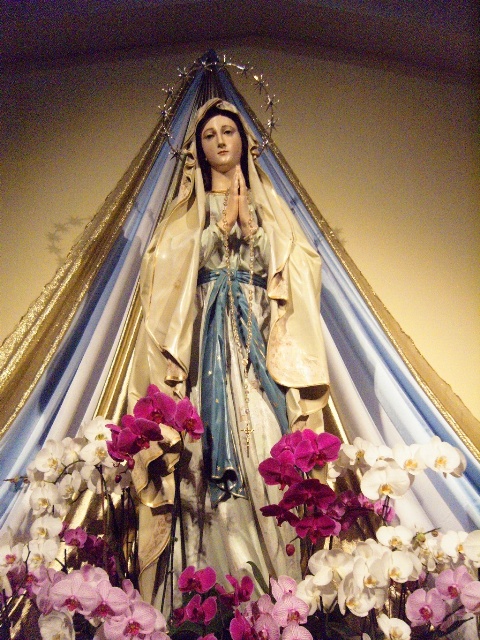 For three years, the side room off the main sanctuary became a regular site for the apparitions, followed next by Fr. Slavko’s office and bedroom in the rectory, and later in the choir loft and one of the bell towers of St. James. Lastly, the apparitions took place in the Adoration Chapel behind the church.

As each of the visionaries married, they began having the apparitions more often in their own homes. Marija built a private chapel next to her house and recently Ivan followed suit and built his own private chapel next to his home. This is where the daily apparitions occur when Marija and Ivan are in Medjugorje. Vicka has her apparitions in her home as well. Though, today Our Lady does not appear in St. James Church, Her presence will always be felt through the many apparitions that have taken place there over these many years.